Honor to Whom Honor is Due!

Romans 13:7 Render therefore to all their dues: tribute to whom tribute is due; custom to whom custom; fear to whom fear; honour to whom honour.

One day a missionary had returned from Africa on a steamship into the New York Harbor. As soon as it docked, a large crowd at the docking area began to cheer. For a brief second the missionary mused about it being for him. It did not take long for him to notice that President Theodore Roosevelt had began to exit the ship with his entourage. He had been on a hunting expedition in Africa.

When the missionary left the ship there was not only no one to cheer for him, but no one to meet and greet him either. He began to feel sorry for himself and complain to the Lord. There he related that it was like the Lord smote my heart and said “ You are not home yet, son.” 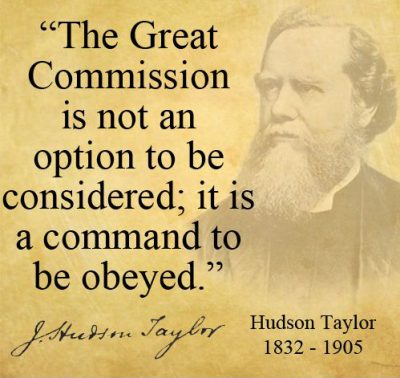 Brother Larry Pieri and his wife Maria are returning from Italy to retire from the foreign mission field. He has been a faithful evangelist and church planter used by God in several countries.

When we first supported the Pieris, he was a missionary to France. After several years, God burdened his heart to go to Italy, where he had lived as a child. Brother Pieri not only planted churches in Italy, but was also used of God to train others for the Lord’s work. God even used him to do evangelistic work for months in Asia.

When our missionary to Germany, Ray Virtue, was preparing to go home to the Lord, the Pieris heard the call to go and step in. They stayed for a year to keep the church steady until another missionary could arrive to take over the ministry.
I remember when Pat and I went to visit a few missionaries in Europe. That was when I learned and was impressed by how many languages Brother Pieri knew; as he would witness to many in their native tongue. Thus far, the Pieris plan to reside in Florida, where Maria’s daughter lives.

Unlike the missionary that returned for Africa, let us be a blessing to one of ours and God’s heroes–the Pieris.